Previous Next
No Joke: Gritty Truth about Mother Loss 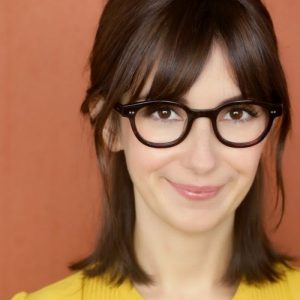 Dixie Perkinson is an actor, comedian, storyteller, and writer in Los Angeles. The basic facts of her mother loss story sound like a movie script, but her telling of it is completely real. She and I met last year at a Motherless Daughters retreat, and I’ve been following her blog ever since. Dixie’s mom was murdered in Los Angeles when Dixie was only 14 months old, just two years after her mom’s parents were also murdered. Dixie grew up in New Orleans with her older brother, toxic father, and loving grandmother. Her unflinching honesty frees all of us to talk about things we might otherwise hide. She is writing a memoir and has shared her story on podcasts here, here and here, and performed at Expressing Motherhood.

Was there something specific that launched you into writing about your mom’s death, or did it occur more gradually? What threshold did you have to cross in order to tell your story?I didn’t start thinking about her until I turned 32, her age when she died, but first I had to find my voice. When I was a kid, my dad would read my diary, so nothing was sacred, but also when I was young, I would write Christmas plays and some short stories. In high school, my dad wanted to write my papers. Even in college, I had a boyfriend write a couple papers for me.

Were you always oriented to performing/comedy?
I was very shy as a kid. When I was in second grade, my dad made me join the drama club, and I just fell in love with it. It gave me a way to speak, and I loved dressing up in costume. For the first time, I got attention. I was so desperate for attention but not able to ask for it. If I’m on stage, then I can. Then I went to a performing arts high school and later studied acting in college. My dad forced me to do standup when I was in high school. Everything he never did with his life, he crammed on to me and my brother. He didn’t allow me to do my own jokes. Then he would bring women to watch me perform and brag about me. It wasn’t until I moved to Los Angeles that I started to do comedy. Even then, I didn’t do anything personal. It was a lot of “dick jokes.”

I loved comedy. I knew I was funny, but I just didn’t know where I fit in. Standup is basically all men, may of them misogynistic, I had a hard time, because men are scary, and I didn’t know how to say no, and I just wound up dating some and sleeping with more. I finally realized, “I can’t do this.” But it took a while, for me to find my voice. And I’m still finding it. That’s why I love my blog.

Tell me about your grandmother and your aunt who provided support for you.
My grandmother was so sweet. She was an angel. When I wrote plays, she would perform them with me, often played the villain. She’s the reason why I’m somewhat normal.  Without her, I’d be married off to some Russian guy. She lived with us after my mom’s murder. I slept in the same bed with her till I was 12. She cooked for me, did my laundry, helped me memorize the state capitals. She was my best friend. Then my dad kicked her out when I was 12, and she moved to Los Angeles where my aunt lived.

My aunt knew how close we were, and she’d fly me there for holidays and in the summer. My grandmother died at 86 of cancer, on Christmas Day when I was 15. I was there. It was a very hard thing for me. I changed. I thought, “How can I relate to kids when I just held a cold, dead body in my arms, the love of my life?” After that, I cried a lot, and I wrote letters to her. Then I started dating boys and had sex as way to escape and get love.

Your mom died before you could form any memories of her. How have you dealt with that? How have you connected to her?
I’m always longing and searching, trying to connect with my mom, because I don’t have memories of her. Four or five months ago, I saw a medium and apparently made contact with my mom through her. I was nervous about it, but the medium knew things. Actually she was pretty harsh. She said my mom wasn’t able to love me, and she wasn’t able to love herself. I asked if her last thought before she died was about me, and the medium said, “No, but her first thought when she entered the afterlife was how it was going to affect you, the aftermath. Now you can establish a relationship with your mom. She’s going to be there with you 100%.”

My mother witnessed her parents get stabbed to death. You don’t get over that. The she got pregnant with me a few months later. Even before, she did a lot of drugs. It rang true, what the medium said, and I do feel more connected to my mom. She said my mom would inspire me to write, and I feel she does. I have a picture of her that I look at when I sit down to write and a jacket of hers hanging on my chair.

On my birthday this year, I went to a flotation tank. I loved it so much. I felt safe, like I returned to the womb. There was nothing I could do other than just be,  like a soul in blackness, in nothingness. It was very peaceful and exhilarating at the same time. Quite a spiritual experience! I highly recommend it. It was like meditating on drugs but I was sober. 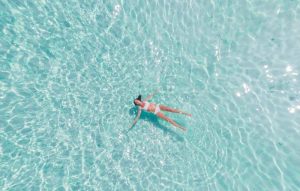 A few years ago, I went to New Orleans to visit her grave and talk to people who knew her. I really didn’t find out anything new. Then, through a friend who is a police officer, I contacted the homicide detective who handled her case. He’s retired now, but he remembered everything. He said this case haunted him. On my 35th birthday last year, I read her investigation report, which was 90 pages long and took six hours. Normally they don’t allow family to see the file, but given that I was a baby, and so much time had gone by, they wanted me to read. But I saw pictures of her, and I shouldn’t have. But she saw her parents murdered, which she shouldn’t have. The detectives were nice to me, but seeing the picture was damaging. There’s no closure, but I’m glad I did it.

The medium said I can heal without having all the answers. It’s not important to know what happened. I want to solve it. She deserves justice. Someone dumped her body in a grocery store parking lot. That’s how she was found. That parking lot is right by where I live, in a popular neighborhood. On Mother’s Day last year, I went there, like visiting a grave. Everyone’s busy getting their groceries, and I did feel a little silly, sitting there on the ground, writing in my journal and eating a cupcake in her honor.

When I drive by the parking lot, I’ll always say,” Hi Mom,” but I don’t think my mom wants me to focus on her discarded body. There’s a little shrine in my bedroom, pictures and stuff, which I started doing after I got sober a few years ago, higher power awareness, something bigger than myself to help me out. I just started meditating and praying, actually to my grandmother, to unconditional love, whatever that is. It is like saying Jesus Christ to me. There’s this warmth. I still pray to my grandmother. My mom is there too. It’s kind of evolved. This is all pretty recent, the past three or four years.

You’ve written about freezing your eggs as a plan B for becoming a mother in case you don’t meet your soul mate. What does motherhood signify for you?
So much, with a lot of baggage too. I feel like it will complete the circle in a way. That’s possibly a wrong reason, which is why I want to wait until I’ve healed as much as I can, because I don’t want to put too much pressure on my child. But, I do feel like it is part of the human experience, as a woman, and I want to experience it, to see what it’s like to be a mother. I know what I lost out on, but what did my mom lose out on? I’ve waited because I felt like I needed to heal, find my voice, and pick the right person. But I’ve mothered myself my whole life, so if it’s not in the cards for me to be a mom, at least I can say I’ve mothered myself. But I do want to be a mother.

What has “telling your story” done for you?
It’s allowed me to be seen and be heard. For so long, I felt forgotten about. I was too ashamed to speak. It was embarrassing not to have a mom. I felt less of a woman, especially with my mom being murdered. There’s a different reaction to murder than cancer. It’s uncomfortable for everyone, so I never talked a lot about my dad or my mom. It just felt so shameful, but shame kills. It leads to addiction. So being open and owning my story is a way of saying “This is what I’m made of,” and that’s something to be proud of.

How has telling of your story impacted your family relationships?
My dad and brother do not like my blog. Most of my family doesn’t necessarily read my blog, because it’s painful for them, but they’re supportive of it. My dad says Dixie isn’t over her dead mom. She sees the world through her sad little girl point of view – as though I’m making this all up, that I’m not over my mom. That’s embarrassing too. My mom died so long ago. Why shouldn’t I be over it? But it never ends. I am nervous at times about what people will think. But that’s their own stuff. I’m telling my own experience.