I always look forward to seeing Kieran and Christian perform in plays, and this fall’s production at St. Ursula is no exception. However, with Radium Girls, a slight feeling of dread mixed with the anticipation as opening night approached.  The subject

matter is not easy.  Set in the 1920s and based on a true story, the play depicts the plight of young women who work in a factory painting watch faces with radium paint, which was the new latest thing at the time. Its glow in the dark quality proved useful first for the military and then gained broader appeal.  In fact, radium became a miracle substance for a while, touted as a cure for cancer and even as the basis for an energizing tonic.

In the lighthearted opening scene, Irene, Kathryn and Grace brush their faces and mouths with the radium paint to startle a coworker when she flicks on lights in the dark room. I found it extremely painful to watch these innocent young women playfully dabbing a toxic substance on their lips.  This horror repeats several times in less dramatic fashion as they are required to point the brush with their lips as part of their work process; it’s deemed the most efficient way to meet quota.  Mysterious symptoms begin to appear – mouth infections, painful bone deterioration – followed by deaths.  No clear cut answers are found, yet the young women’s suspicions about the radium grow.  We know this story all too well.  We know what happens when the powerless (especially women) try to obtain justice from the powerful.  The sinking realization that the play could as easily been set in our own day is partly what makes it so impactful.

But there’s something more, too.  Radium Girls forces us to confront our human tendency to avoid.  In one of the play’s most poignant moments, an anguished Kathryn recalls her reaction as Irene becomes sicker and sicker and finally dies. “What was left of her jaw rotted so bad, the smell was terrible.  . . . The worst of it is. I couldn’t look at her.  Irene was so afraid of being alone – but I left her alone.  When she died it was the middle of the night, and nobody was with her.”  Later, as the legal proceedings unfold, Grace notices that the company owner, Arthur Roeder, will not look at her.  By this point, she is bent over in pain and can hardly get around, her face gaunt and gray.  Despite her dire need for monetary compensation to pay medical bills, the desire for acknowledgment of her humanity and individuality becomes even more important.  When her mother pressures her to take a meager settlement and drop the case, she claims her voice for the first time.  Likewise, many years later, Roeder admits to his daughter that he could not look at Grace, because he didn’t know what to say.  Then, in the play’s final lines, he realizes a deeper, sadder truth:  “Try as I might, Harriet, try as I might – I cannot remember their faces. . . I never saw their faces.”

This is a haunting play.  The tragedy of these particular young women is heart-wrenching, but it’s the prodding to wonder “What is it right now that I am not seeing?” that’s most affecting.

Photo by Ryan Somma via Flickr under Creative Commons license. 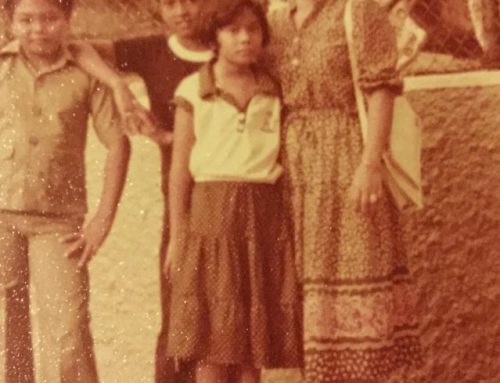