What Does Science Say About Energy and Healing?

Previous Next
What Does Science Say About Energy and Healing?

The science of energy healing has several facets. To start, quantum physics tells us that all matter is a bundle of energy that emits a surrounding field, even human beings. It might surprise you that familiar medical devices already use energy. For example, magnetic resonance imagery (MRI), computerized tomography (CT) scans, and x-rays measure aspects of energy to help doctors find out what’s wrong.  Additionally, devices like pacemakers and cochlear implants assist functioning. Such “electroceuticals” are a growing focus of developing new treatments for disease and injury. They use energy in the body that can be measured and stimulated.

Within the medical field,  the science of energy healing approaches like Healing Touch have a challenge explaining how they work. At present, researchers can’t measure the subtle energy that these modalities address. Although countless people report positive experiences with energy healing, researchers find it difficult to determine whether or how much outcomes result solely from energy healing techniques or  other factors.  As a result, some doctors remain skeptical of energy healing’s value and relevance. 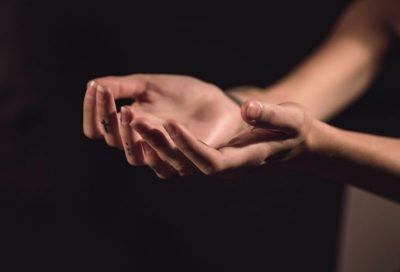 Yet “laying on of hands” is the world’s oldest form of healing. All over the globe, hands-on practices emerged among different cultures over thousands of years. Ancient Hindu texts first described the chakras as the body’s energy centers. Awareness of energy pathways called meridians led Chinese medicine practitioners to create acupuncture.

In the present day, besides Healing Touch, energy healing approaches include pranic healing, acupuncture, Reiki, and qigong. So many people used them during the 20th century that the National Institutes for Health established an Office of Alternative Medicine in 1992 to consider them together and collect information.

Research to date shows the promise of energy healing with little or no risk of negative effect. For example:

Meanwhile, many hospitals around the country offer Healing Touch and Reiki. In fact, a nurse founded Healing Touch and first introduced in hospitals. Enthusiastic response from recipients helped fuel its spread to community settings. Research into the science of energy healing continues, not only to demonstrate its benefits from a clinical perspective but also to advance a holistic understanding of the human person and the nature of healing.

Photo by Milada Vigerova on Unsplash